Awards recognising the key roles that go into running a successful hotel and an award for a hotel showing outstanding environmental innovation were presented at a gala dinner in Auckland (Thursday 20 July), attended by more than 320 hotel sector and tourism industry leaders.

“It was exciting to see so many awards being collected by exceptional female employees, in a sector where senior management has traditionally been male dominated,” says Sally Attfield, Hotel Sector Manager at Tourism Industry Aotearoa which co-hosts the awards with Horwath HTL.

“Pipiana Whiston, the winner of the General Manager of the Year Award, has worked her way up the ranks of Millennium Hotels & Resorts NZ for more than 25 years, culminating in her appointment as GM of the Millennium Hotel Rotorua in 2005.

“Our Senior Hotel Executive of the Year, Judy Chen, is another star performer and a great asset, not only to the Grand Chancellor NZ Hotels, but to the wider hotel sector and tourism community. Like Pipiana, Judy is passionate about helping to shape the future generation of tourism and hotel employees.”

Horwath HTL Director Stephen Hamilton says from the housekeeper of the year to the outstanding concierge, competition was fierce across the award categories.

“These are the premier awards for New Zealand’s valuable hotel sector. More visitors stay in hotels than any other type of accommodation. They are major economic contributors to communities and significant employers, offering many career paths, as highlighted by our awards.

“We were delighted to see the winners come from regions across the country, including Auckland, Rotorua, Wellington, Christchurch and Queenstown.”

Mr Hamilton says special mention must also be made of The Langham, Auckland, which won the Hotel Industry Environmental Initiative of the Year Award for the third consecutive year.

“The Langham, Auckland recently became the first hotel in Australasia to receive the prestigious Earth Check Platinum level of international certification, testament to their commitment to the environment.” 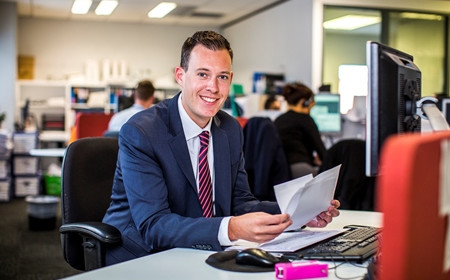 Bradley Garnett's advice to students considering a career in tourism is that "hard work pays off." And the 2016 Outstanding Young Hotel Executive says on the job experience gives you a real career advantage.