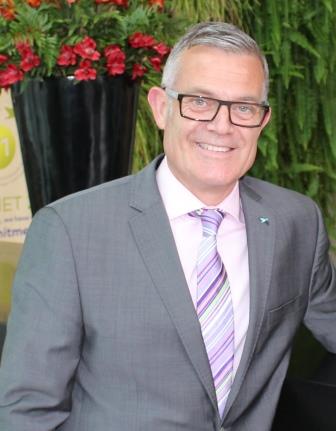 Paul Columbus has more than 35 years’ experience in the hotel sector, including 10 years in senior management roles in New Zealand with Millennium Copthorne Hotels and other groups in a variety of hotels. He returned to New Zealand from the UK in 2011 to pilot the launch of Novotel Auckland Airport. In 2012 he also became responsible for the ibis Budget hotel, overseeing a 73 room extension project to that hotel. He has always had a strong involvement with the local community, including a representative on local Chamber of Commerce groups and chairing the Sheffield hotel sector group. He won the Senior Hotel Executive Award in the 2015 New Zealand Hotel Industry Awards.